Sometimes it is necessary to add a new bundle to odysseus, e.g. for new functionality that is not covered yet or does not fit into other bundles.

To allow automatic building of Odysseus products, we created the following directory structure.

A new bundle should be placed somewhere under the paths described aboved. If a totally new kind of functionality is added, create a new sub dir, else add to an existing one. 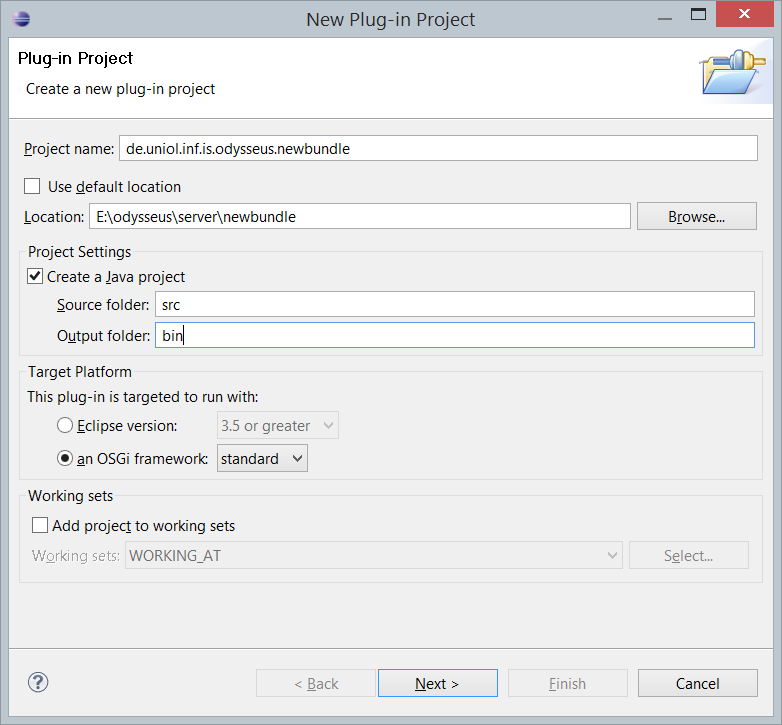 If the bundle should contain a logical operator or a transformation rule, the bundle must start with de.uniol.inf.is.odysseus

Do not use the default location as this will be the workspace root.

Most bundles will require Odysseus core components. These dependencies can be added in the MANIFEST.MF file

Although, it is best OSGi practise to add packages and not plug-ins, in Odysseus there are some restrictions that could lead to problems, when using package import. So it is better to use the plugin import

This new bundle will not be part of Odysseus until it is added to a feature. First look, if this bundle can be added to an existing feature. In this case open the feature in Eclipse and add the bundle. Here e.g. the key value feature: 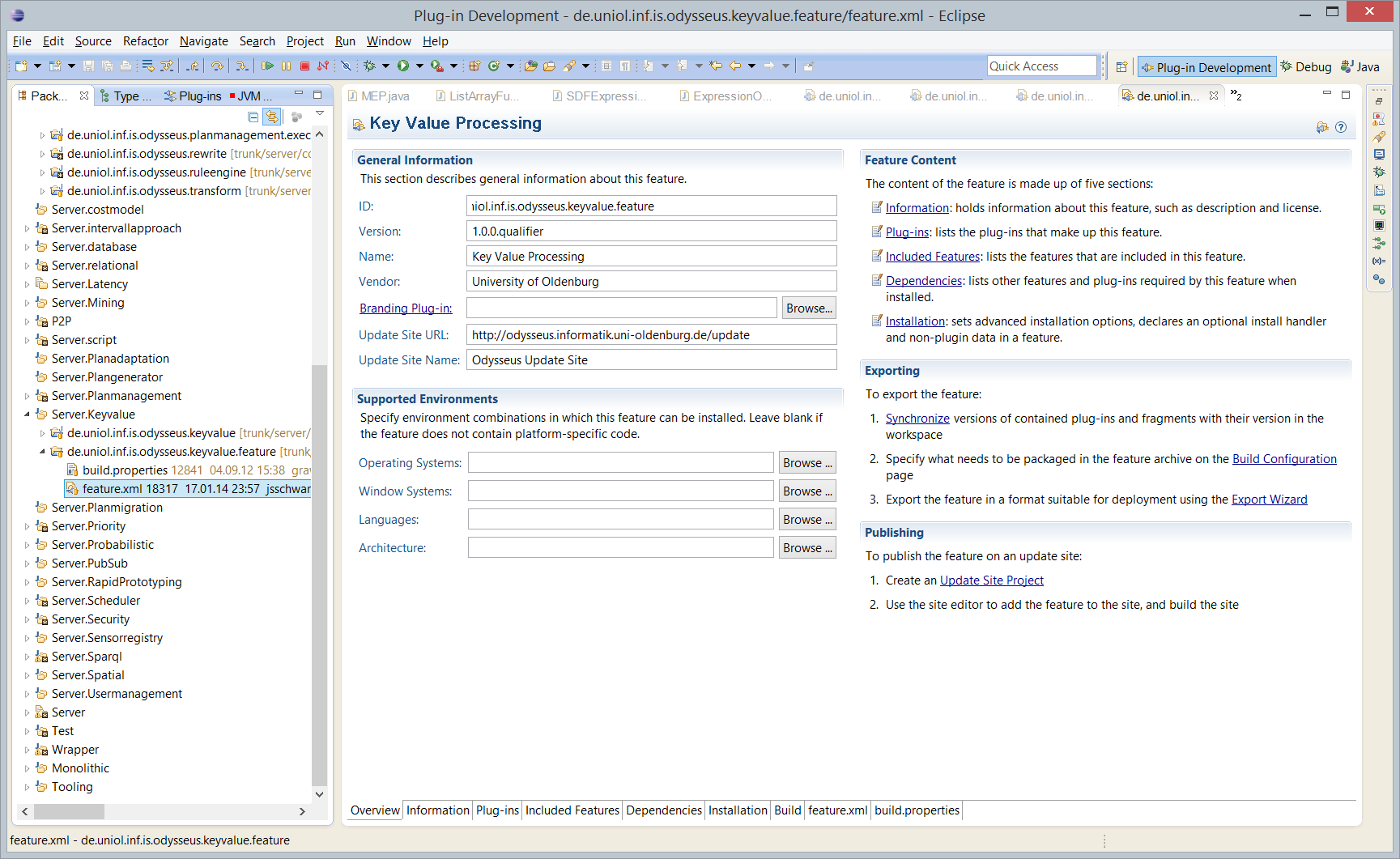 and add the plug-in under Plug-ins 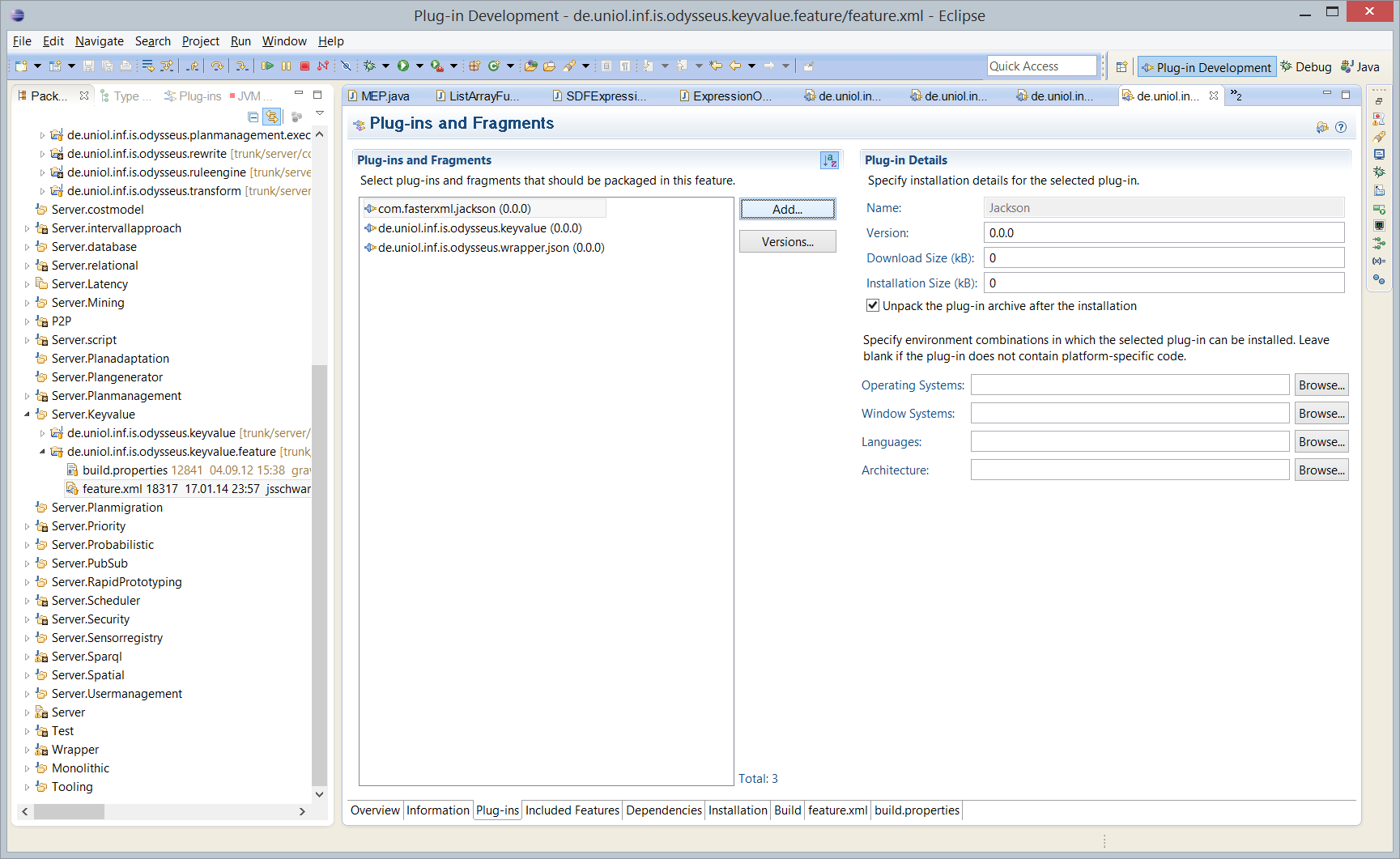 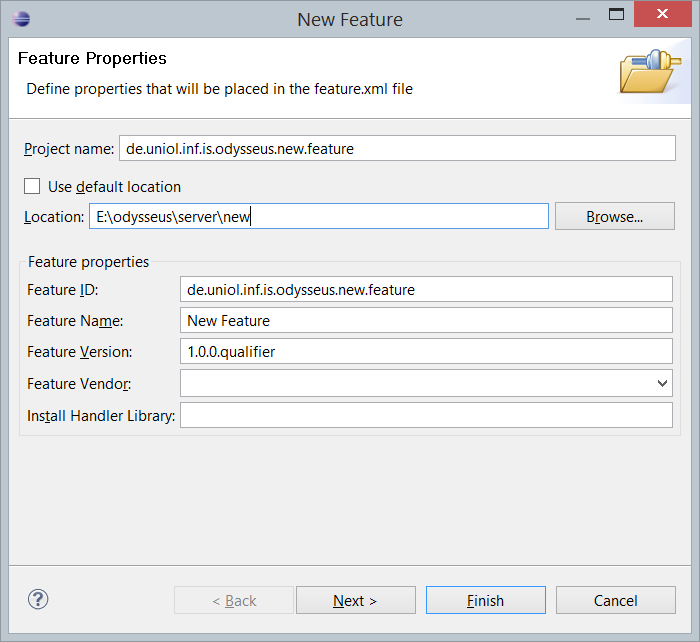 Finally, a new feature must be added to an existing product (See also Adding features to products) 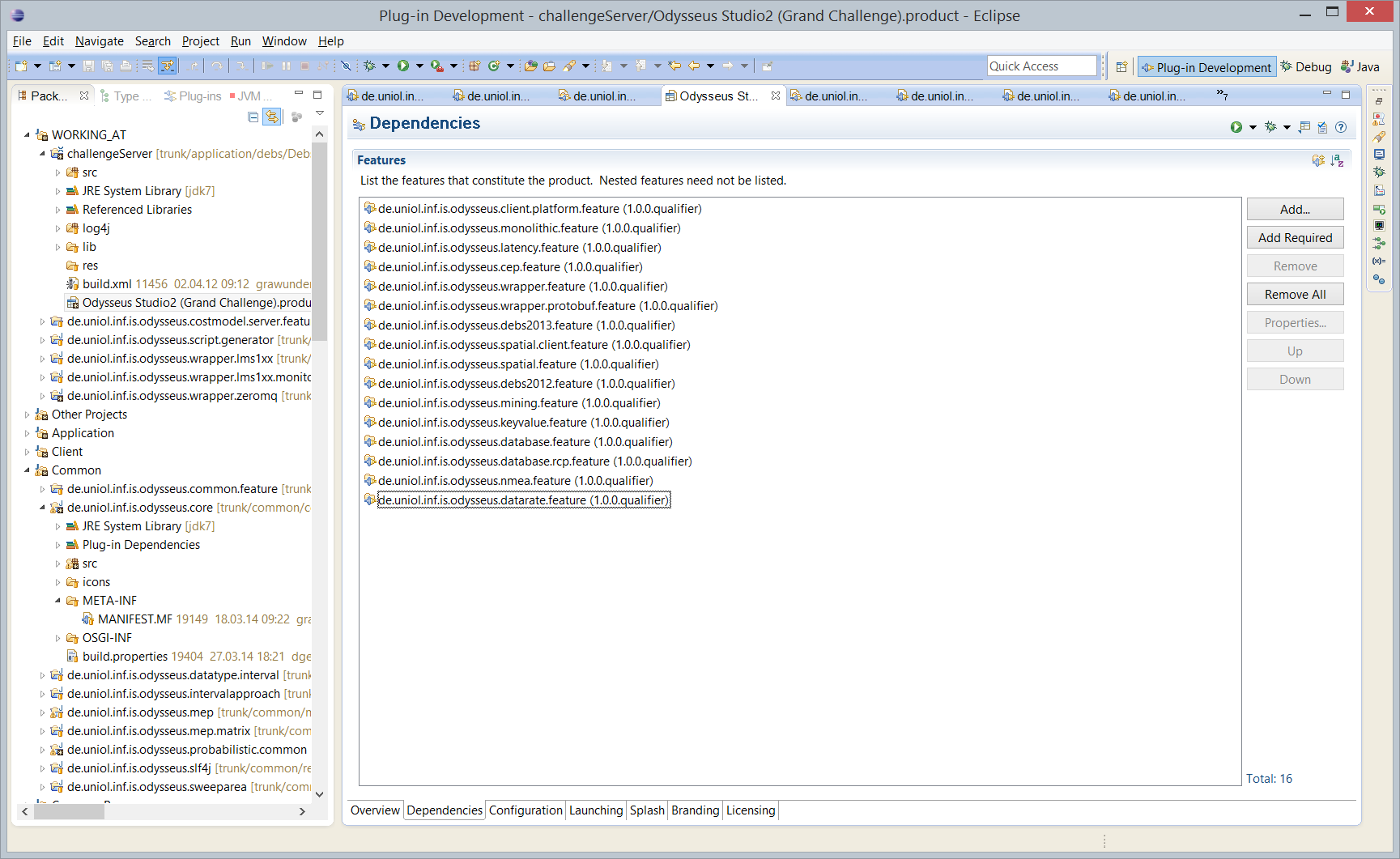 or a new project must be created: 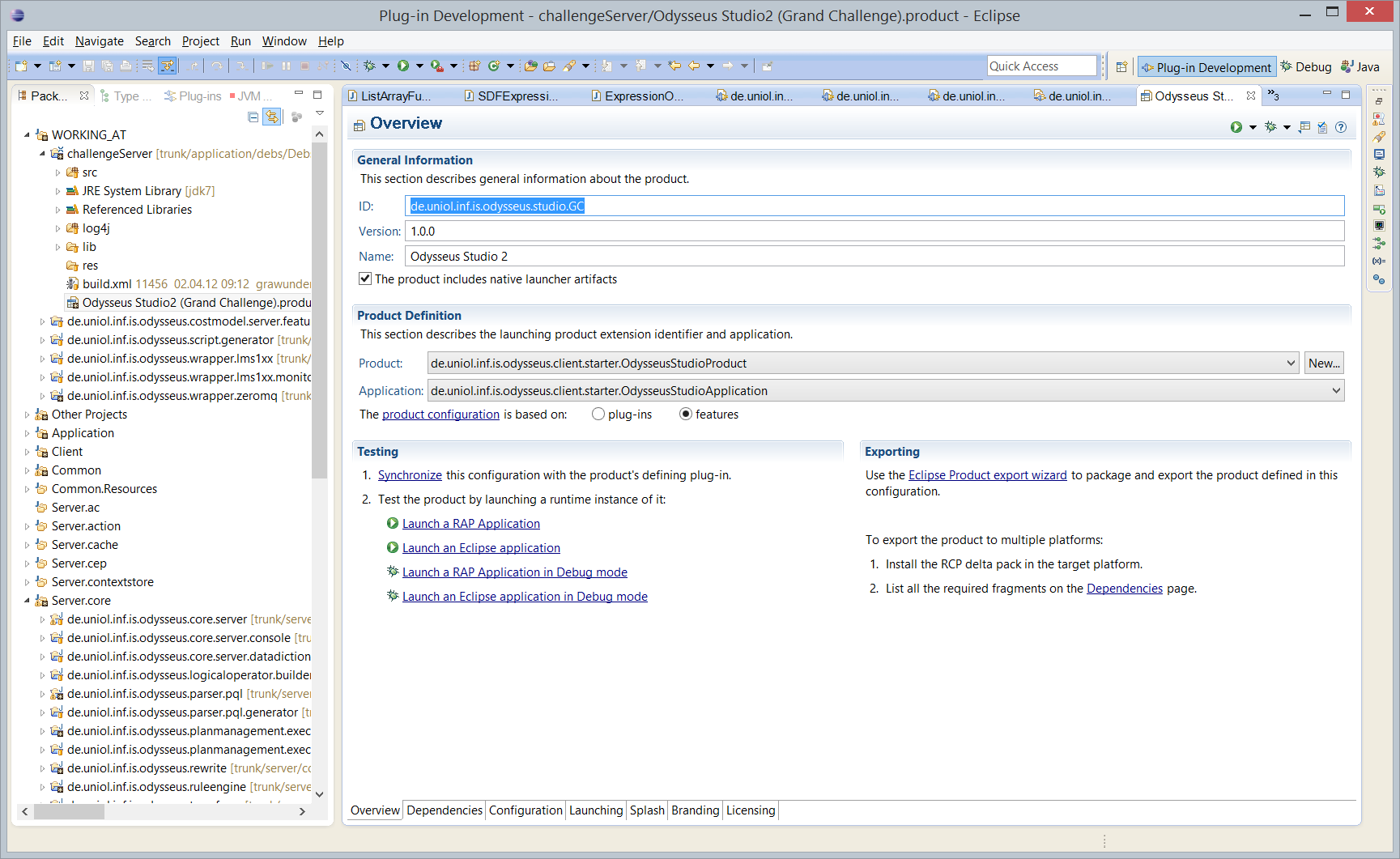 For an new product, you could copy one existing. Important: You must change the product id! 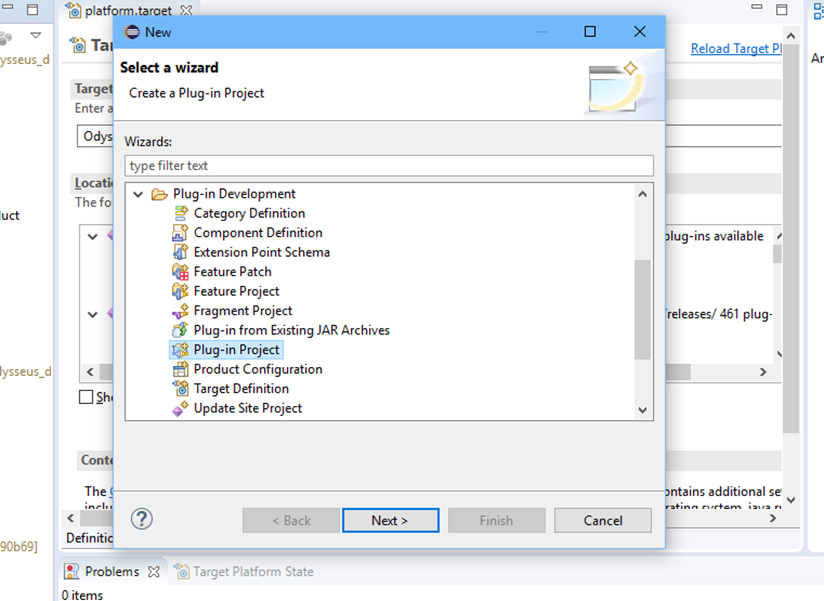 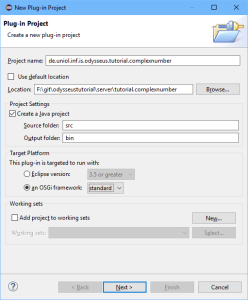 Create name (must be unique inside an Odysseus installation!)

Recommendation: Place bundle in one of the given subfolders: 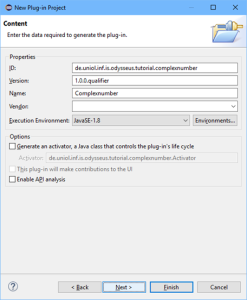 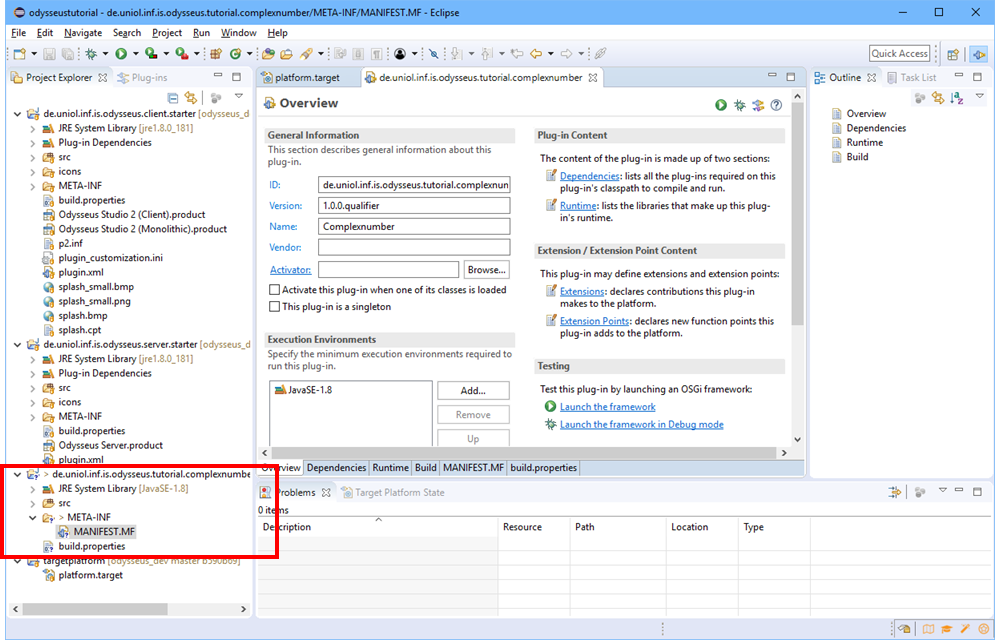 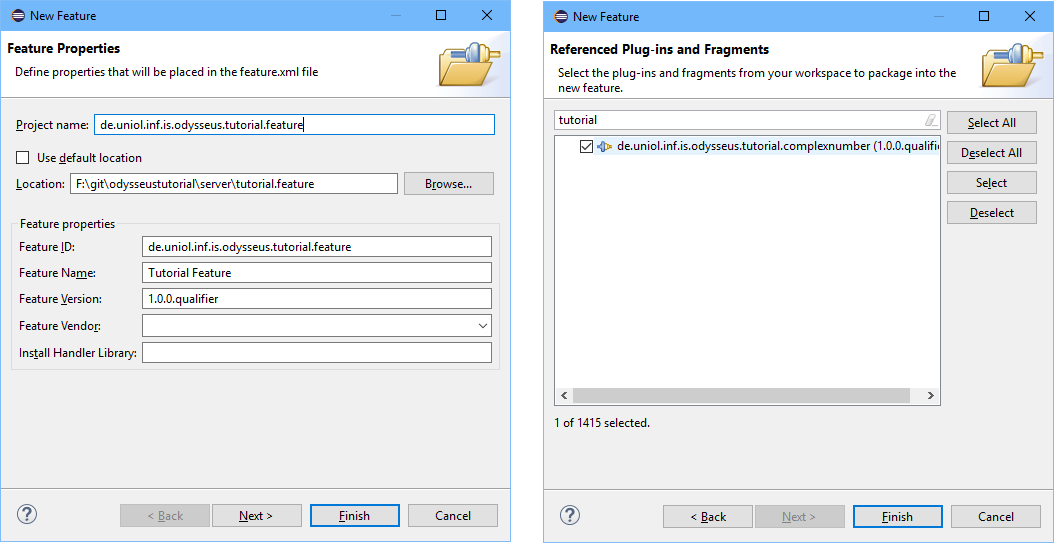 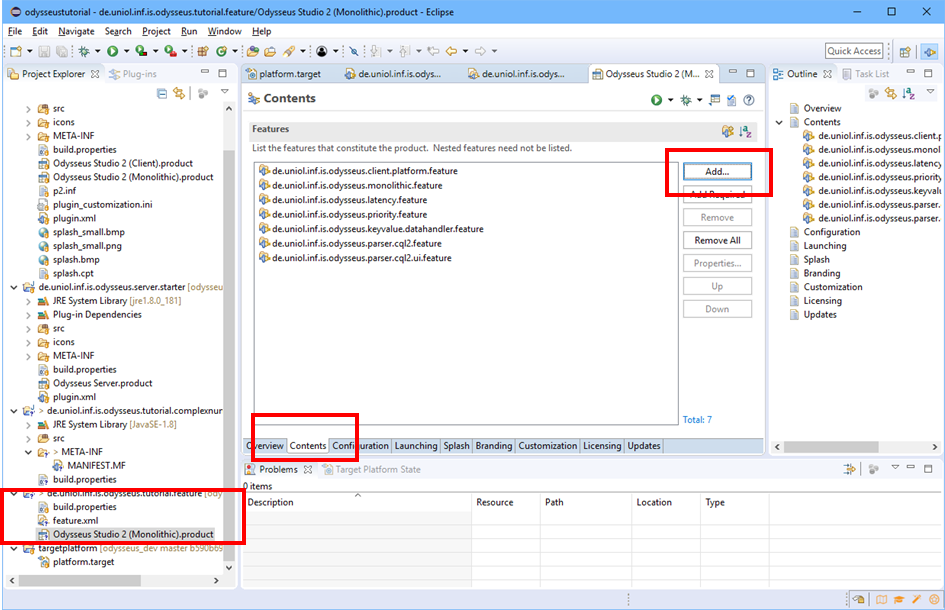