Start the check for updates via "Help" and "Check for Updates" from the toolbar. 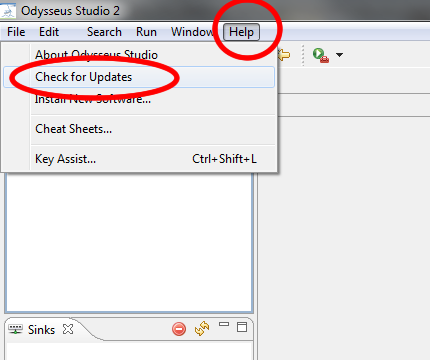 Odysseus searches for updates on the update site.

It may happen that you have the latest version so that "no updates found" dialog is shown:

However, if there is an update possible, continue with the next step

Choose the features that should be updated. If you have installed additional featuers (see also How to install new features) you can update them too. Click "Next". 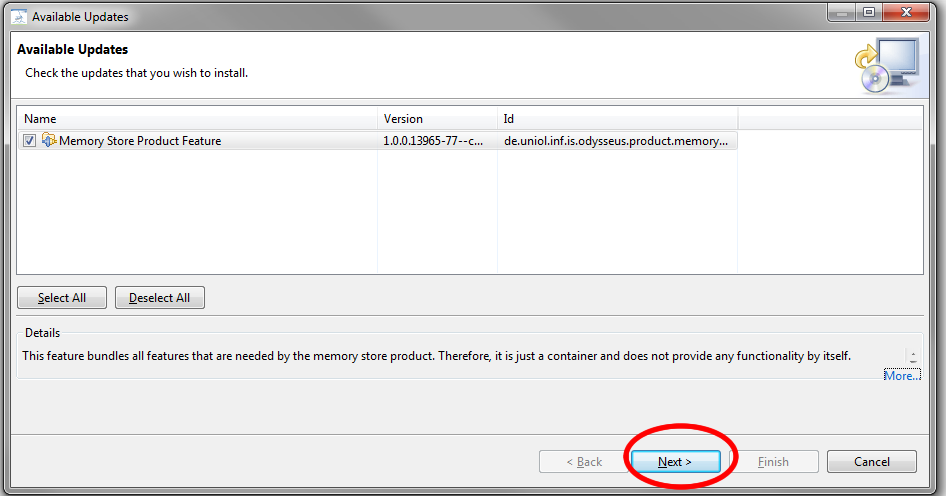 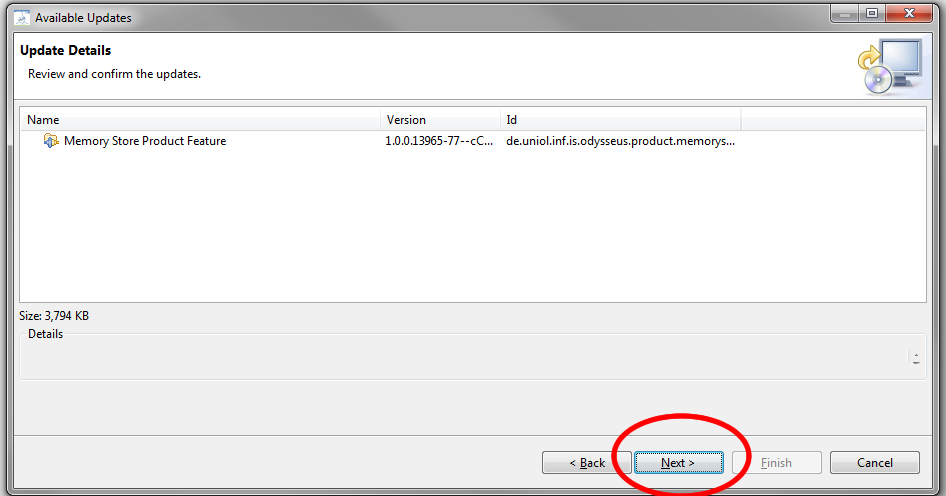 Then, you also have to accept the license by clicking "Finish" 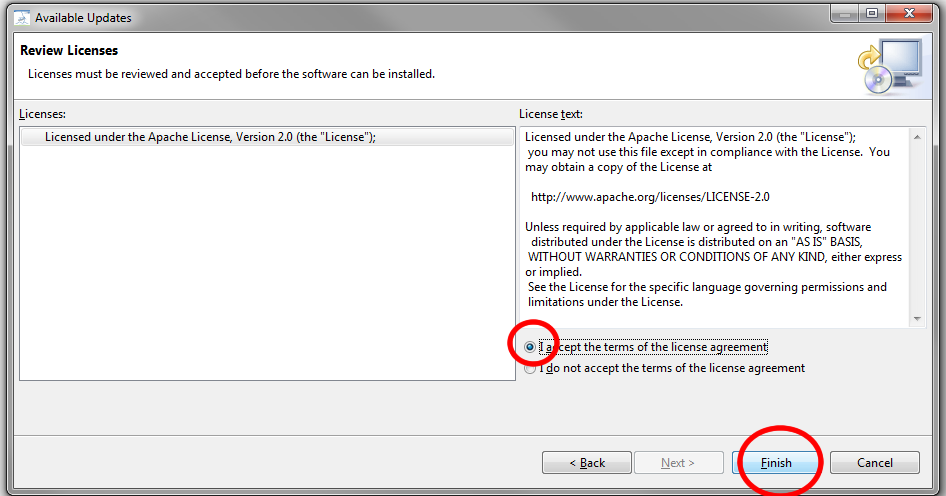 Since the features are not signed, you have to confirm the security warning.

Finally, you have to restart the application

Odysseus should now be up to date

Update via Console (Odysseus Server only)

If there is an update, it is downloaded, installed and updated automatically. Finally, this forces a restart!!! 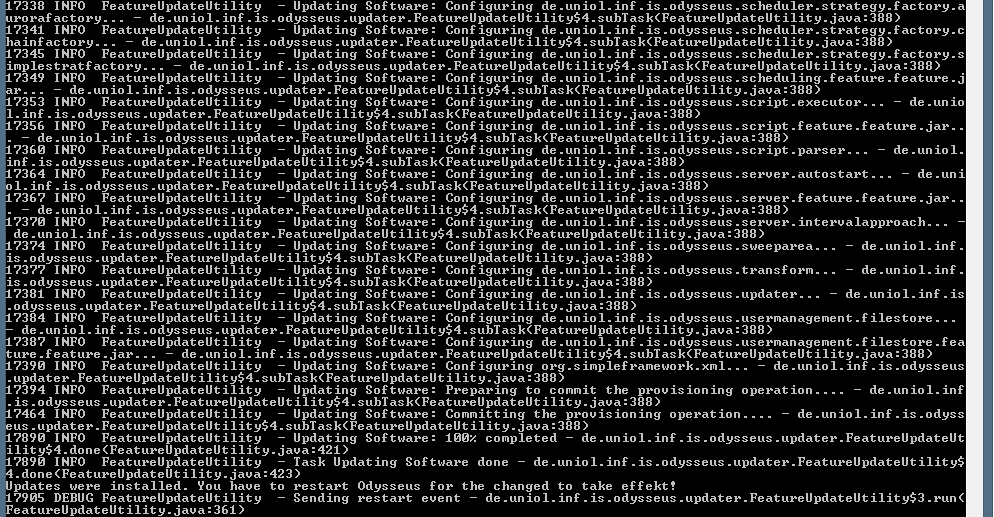