Joins tuple from two input streams iff their timestamps are overlapping and if the optional predicate validates to true.

Parameters for the element join

The card parameter describes how input elements can be joined. This optional information can be used to optimize processing (i.e. using less memory, because elements can earlier be discarded).

With the parameters elementsizeport0 and elementsizeport1, the size of the element window can be defined for each input port. Optionally, the counter can be grouped, for example by a certain id, as can be seen in the example below.

When using an element window inside of the join, the blocking behavior is omitted, but the end-timestamp of the results cannot be known. Therefore, the end-timestamp is removed (set to infinity) in this case. If you want to keep the (semantically incorrect) end timestamp, you can use the keepEndTimestamp parameter and set it to true.

Behavior of the Element Join

The element join does not limit the number of elements in the respective SweepArea to the size of the window, but only joins the n newest possible matches. Therefore, if a new element enters the join operator, the older elements cannot simply be removed. This is depicted in the image below, where the behavior is wrong: 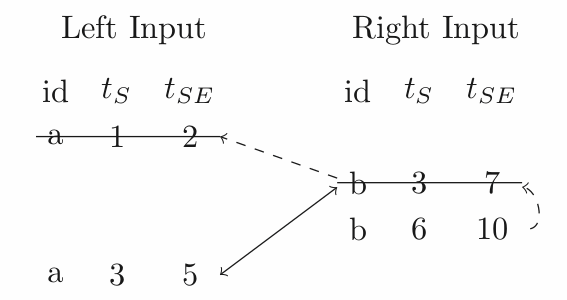 The second element on the right removes the previous element. Then, on the left side, an element enters the operator that would need to be joined with the now removed element. Hence, we don't get the results we need. Therefore, the Element Join in Odysseus behaves differently: 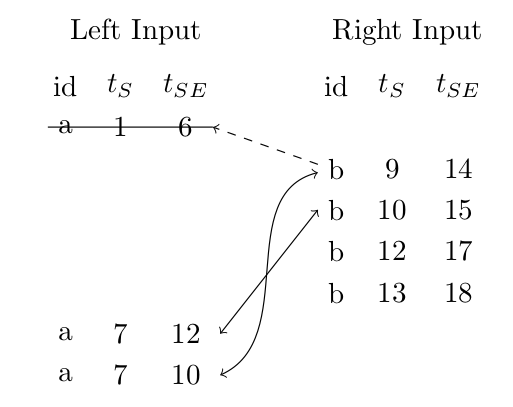 Why is there no end timestamp?

The following example shows the creation of end timestamps while using an element window. 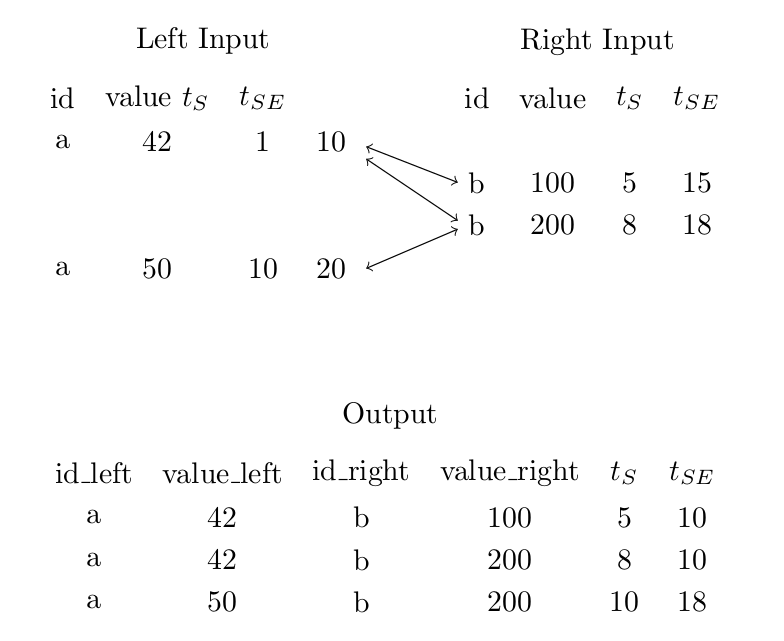 As can be seen, the end timestamp is set here. In the result elements, the time intervals of the first two elements are overlapping, indicating that at the point in time 8 and 9 there are two results, even though the element window should only create one result for each time instance. That's why the end timestamp is set to an "unknown" infinity by default.

You can use heartbeats to clean up the SweepAreas of the Element Join earlier to reduce memory consumption. The heartbeats do not change the query results. The cleanup in a Element Join with element size set to one can be seen in the Figure below: 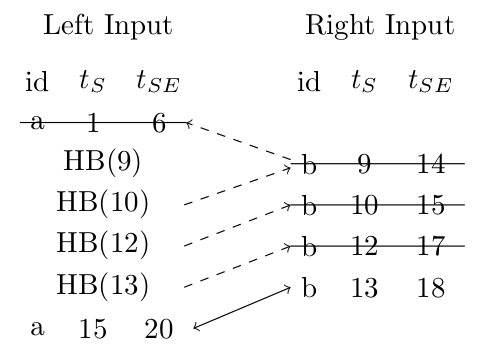 You can use groups to have the count of n elements for each group. Here's an example with element size set to one (for bow sides), grouping by the id and with heartbeats: 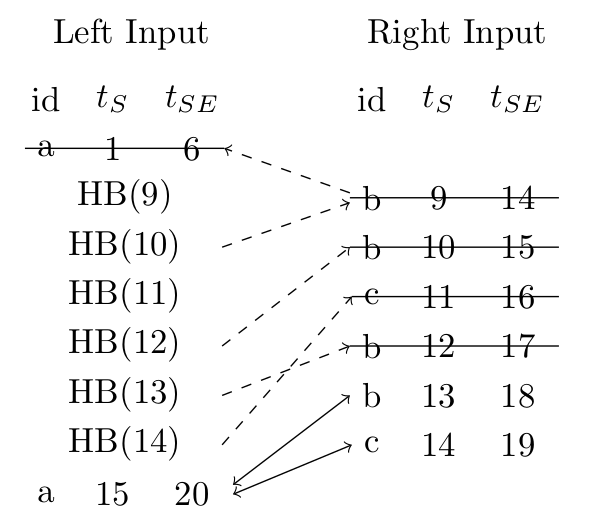